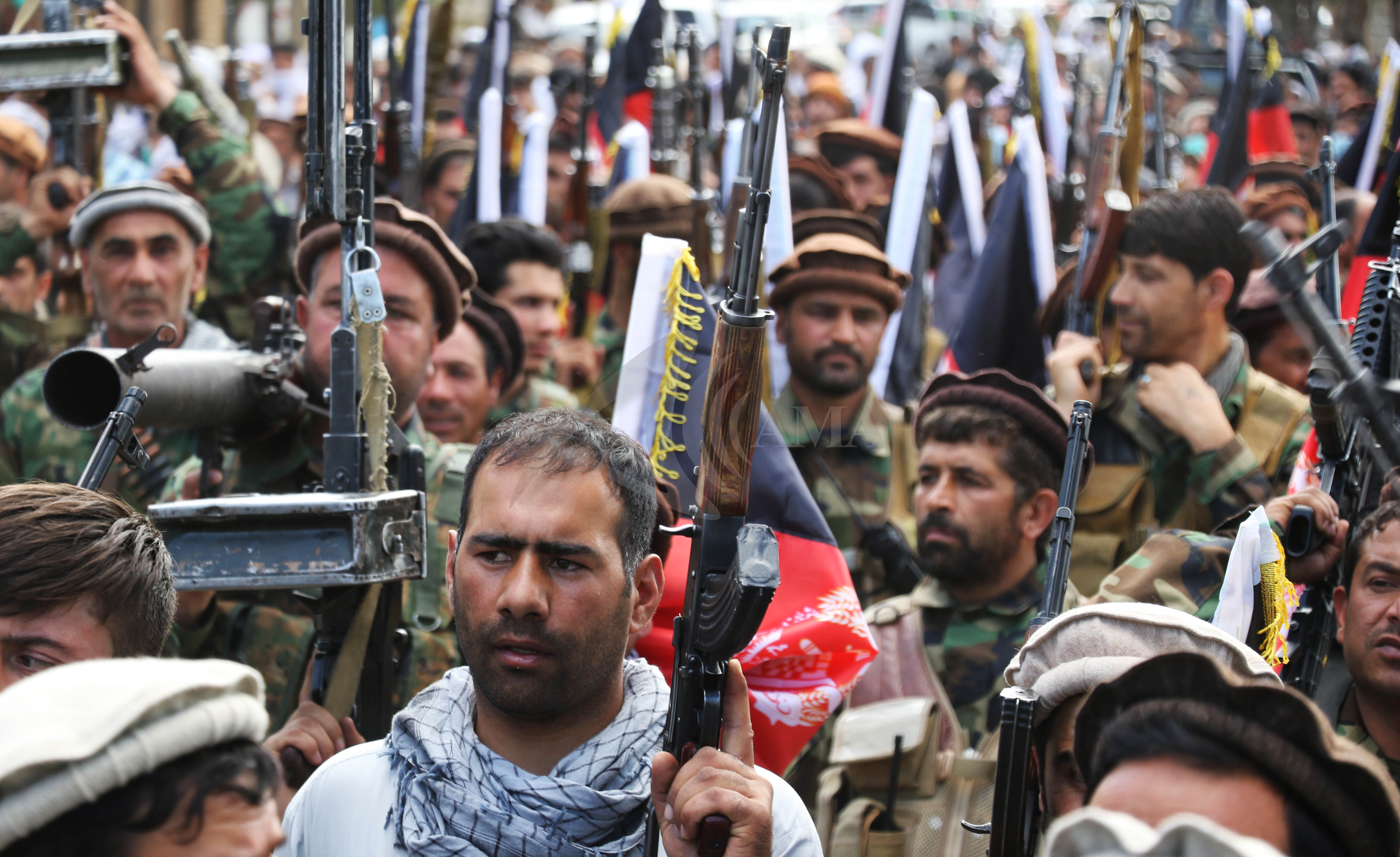 KABUL, AFGHANISTAN-JUNE 23: Afghan armed militia march to show support for Afghan security forces against the Taliban during a rally in Kabul, Afghanistan, on June 23, 2021. At least hundreds of Afghan militiamen held guns above their heads to fight against the Taliban in the ongoing clashes, meanwhile the Taliban fighters extended territorial gains, and took key Afghan districts recently in Kunduz province. AFGHAN MULTIMEDIA AGENCY/RT

AMA product published by one of its international clients (RT, on June 25).