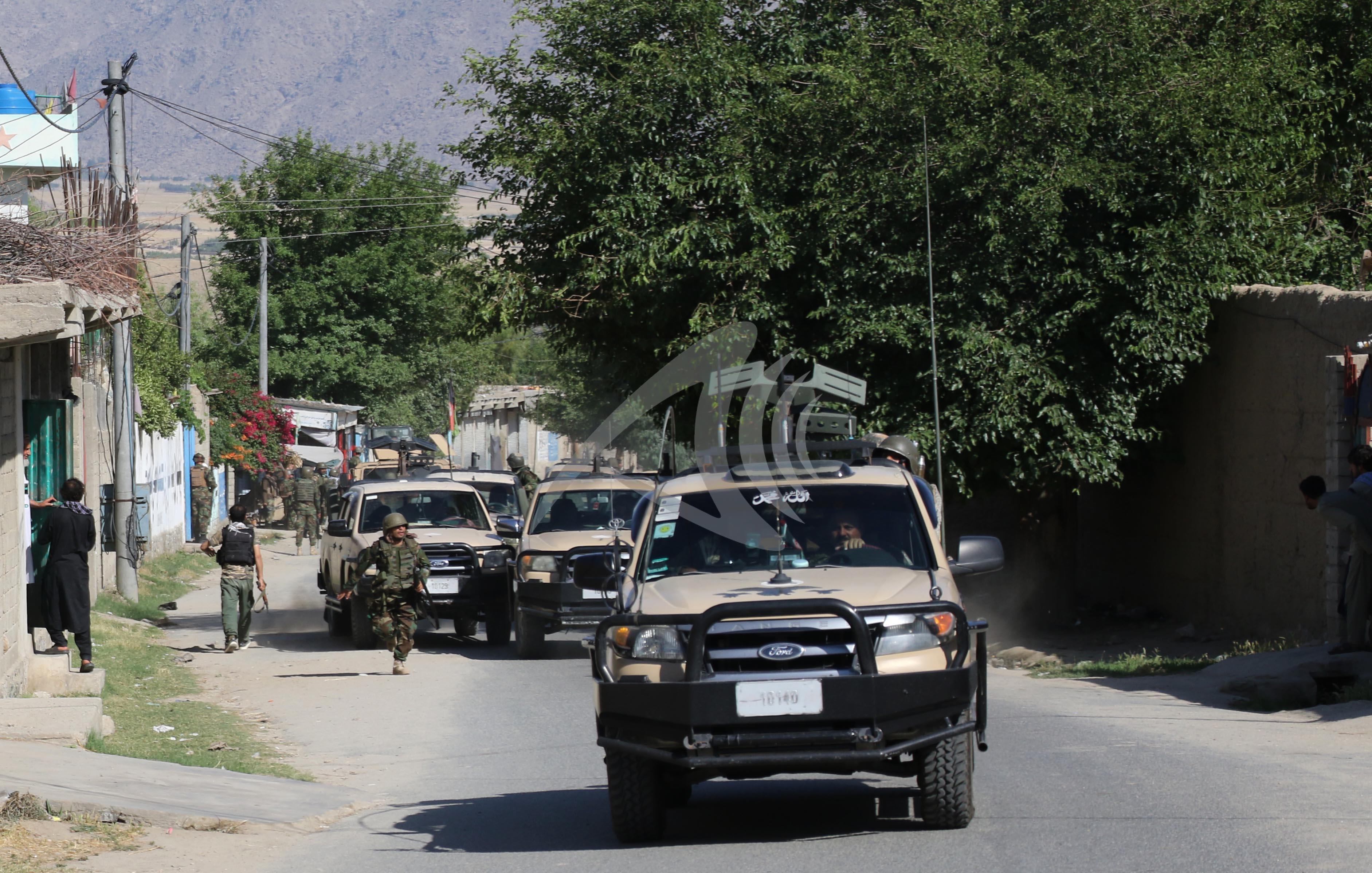 LAGHMAN, AFGHANISTAN–May 24: At least dozens people including women and children were killed and wounded, hundreds families displaced during the unrest clashes between Afghan security forces and the Taliban near the capital of the Laghman province, eastern Afghanistan, on May 24, 2021. According to the reports, hundreds of families were displaced. PARWIZ SABAWOON/AFGHAN MULTIMEDIA AGENCY/AMA