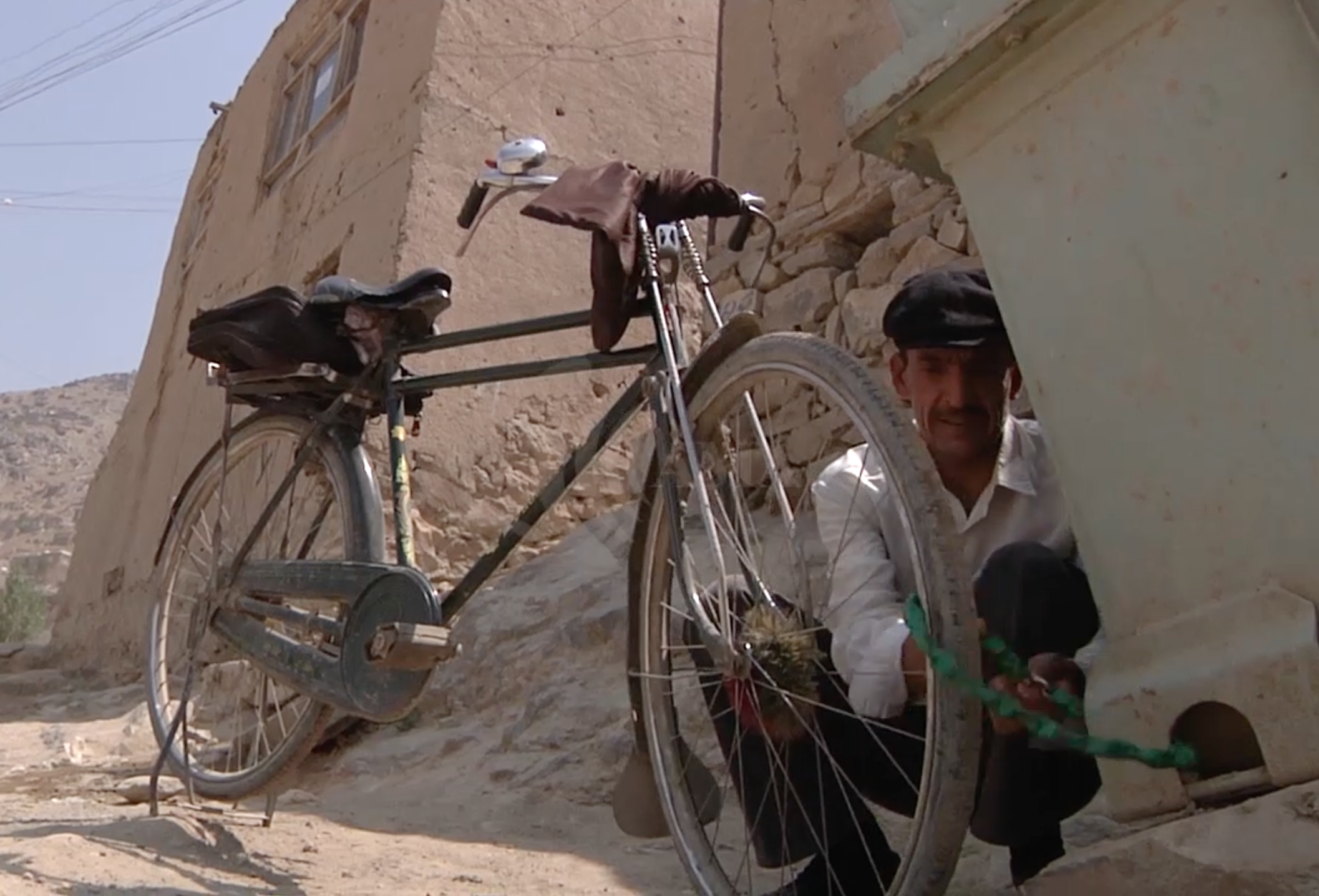 Delivering mail by bicycle, where street & homes have no numbers

KABUL, AFGHANISTAN APRIL 07: Afghan postmen Mohammad Rahim and Ahmad deliver letters to the Afghan residents where streets and homes have no numbers in Kabul, Afghanistan. FILMED IN 2013/AFGHAN MULTIMEDIA AGENCY 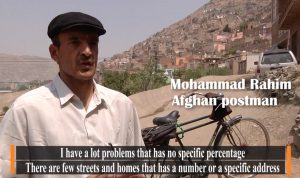 Rahim makes his rounds on the hilly streets of Kabul city riding a bicycle. he works as a postman for more than 10 years in Kabul, who has never given up by even not clear street names on the letters. To navigate the maze of the city is a daunting task for postmen in Afghanistan Rahim thinks. 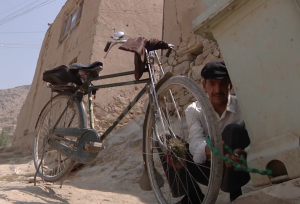 Mohammad Rahim 46, says “I have a lot of problems that have no specific percentage to say. The war destroyed street names, and formal house numbers, there are no exact street names and it takes hours to deliver a letter in Kabul. Because, I love my country, and I can serve my country via my job as well as for my people. Rahim cuts a familiar look recognized by Kabul residents, he is wearing a black fur hat, a violet T-shirt, and jeans. Rahim delivers dozens of letters every day across west and southwest Kabul. The streets name and home numbers were destroyed during the war added Rahim. 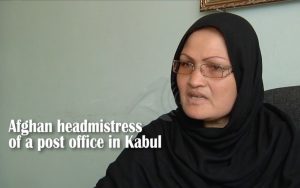 Afghan headmistress of a post office in Kabul who does not mention name says “Our main problems which our postmen have yet faced to deliver letters for the recipients while there aren’t stated a specific address or the sender mentioning old numbers and street names on the letters. 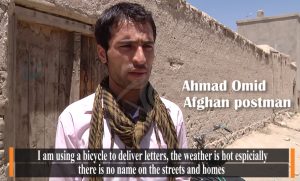 Ahmad Omid is also a postman who is delivering letters as like as Mohammad Rahim does. He also used a bicycle to deliver the letters to the recipients in Kabul city. Omid says it is very difficult to work to distribute dumb letters during the hot weather. Using the different ways to find the addresses such as asking shopkeepers and people around for help to find the recipient’s homes, if I couldn’t find the addresses, I must give back the letters added Ahmad Omid.

According to the recent reports, the Afghanistan peace talks will host by Turkey in the upcoming days to end 19 years’ war in the Afghan country.