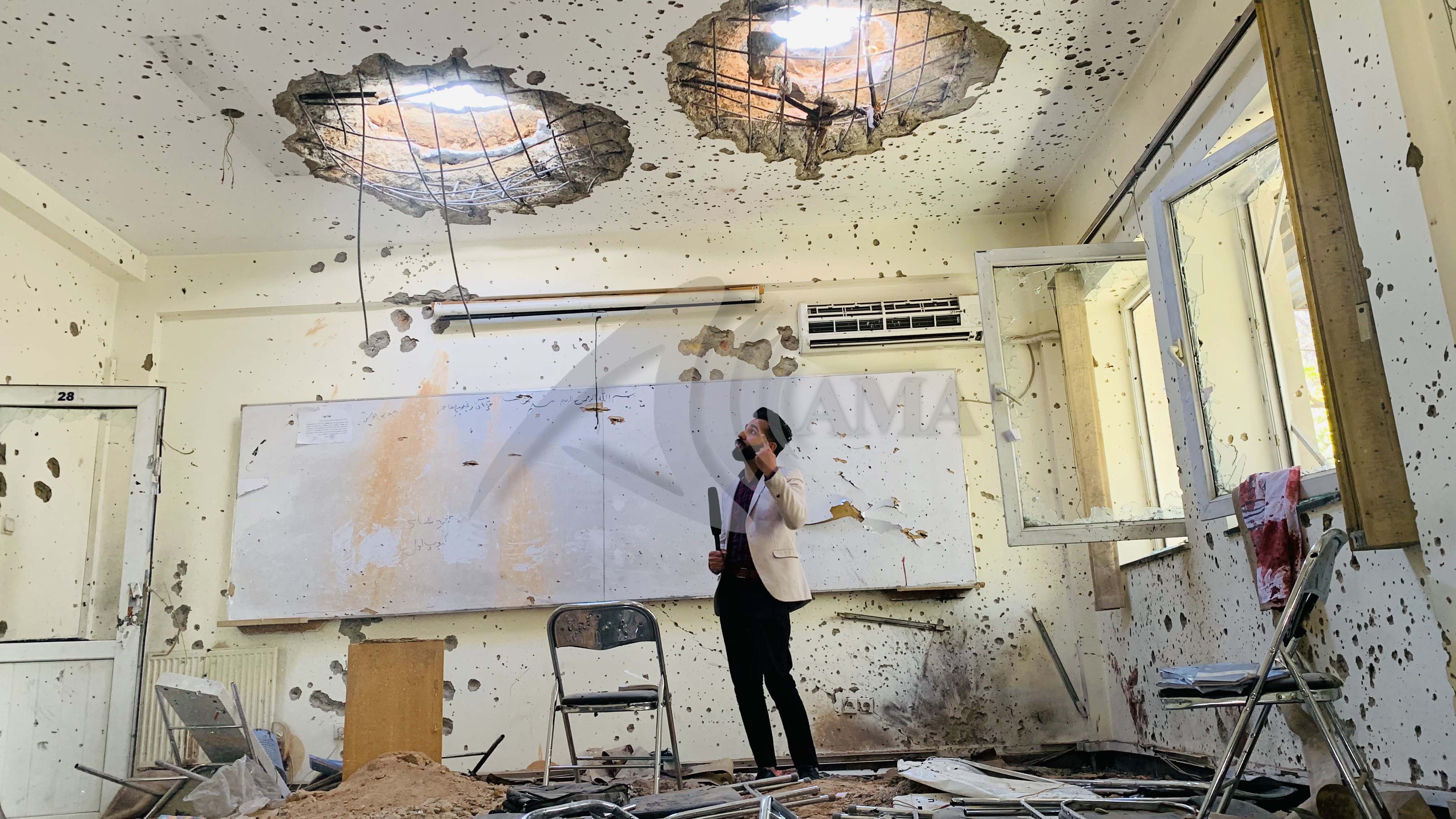 KABUL, AFGHANISTAN – NOVEMBER 03: The death toll raised to 22 people killed and 22 others were wounded a day after an attack on Kabul University compound claimed by Islamic State, ahead of Iranian book fair attended by Iranian ambassador, on November 03, 2020. The gunfight ended after six hours, three gunmen were involved in the attack on Monday. Afghan officials said. The Taliban rejected the responsibility for the attack. Hamid Sabawoon/ Afghan Multimedia Agency “AMA”