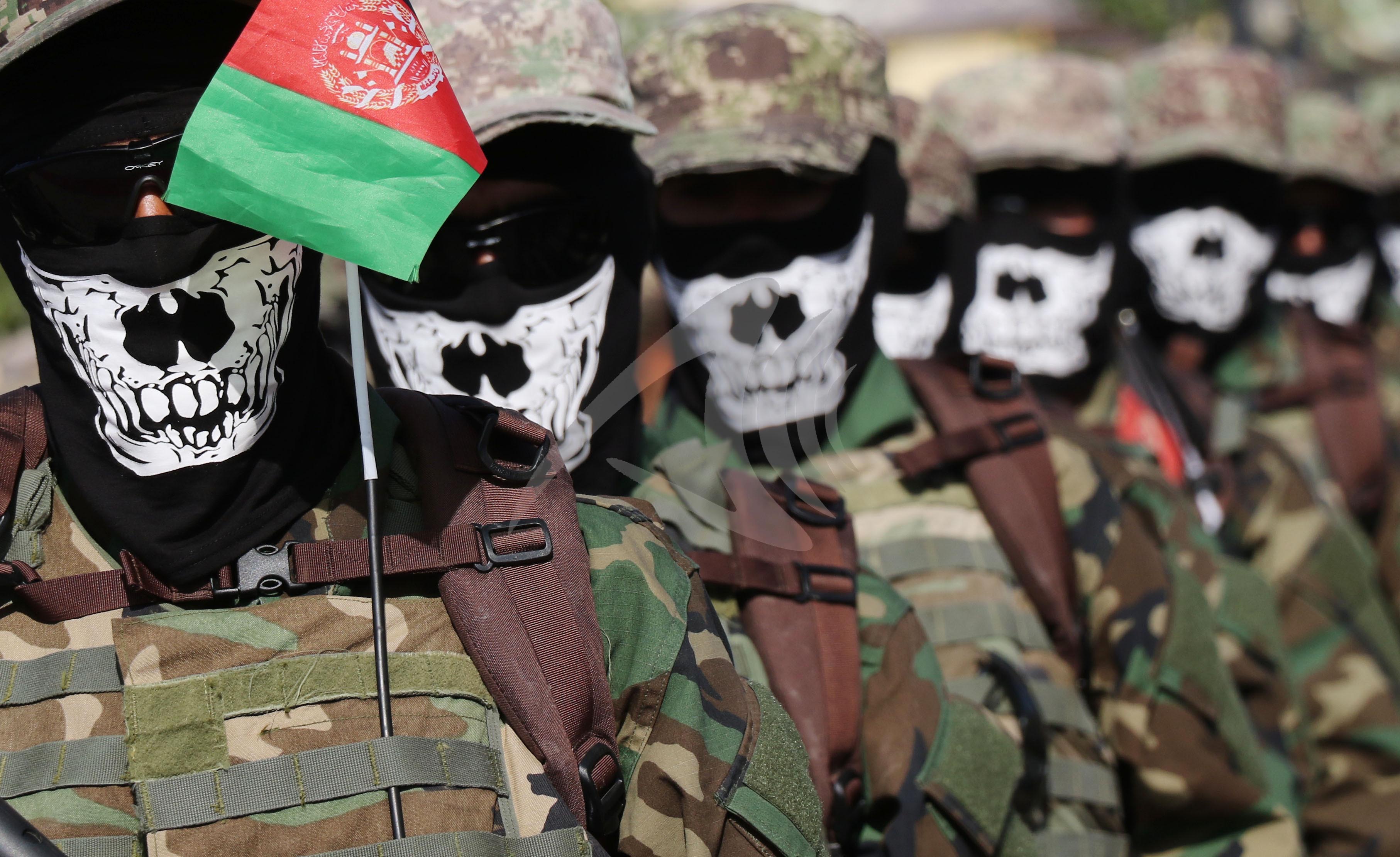 KABUL, AFGHANISTAN-MAY 31: Afghan special force commando unit officers and soldiers march a graduation ceremony at the military academy in Kabul, Afghanistan, on May 31, 2021. At least hundreds Afghan special force commando officers and soldiers including women were graduated. According to the reports, the Taliban have significantly increased violence immediately across the Afghanistan after the US, and NATO forces began the last phase of their pull out of the country on 01 May. HAMID SABAWOON/AFGHAN MULTIMEDIA AGENCY/AMA