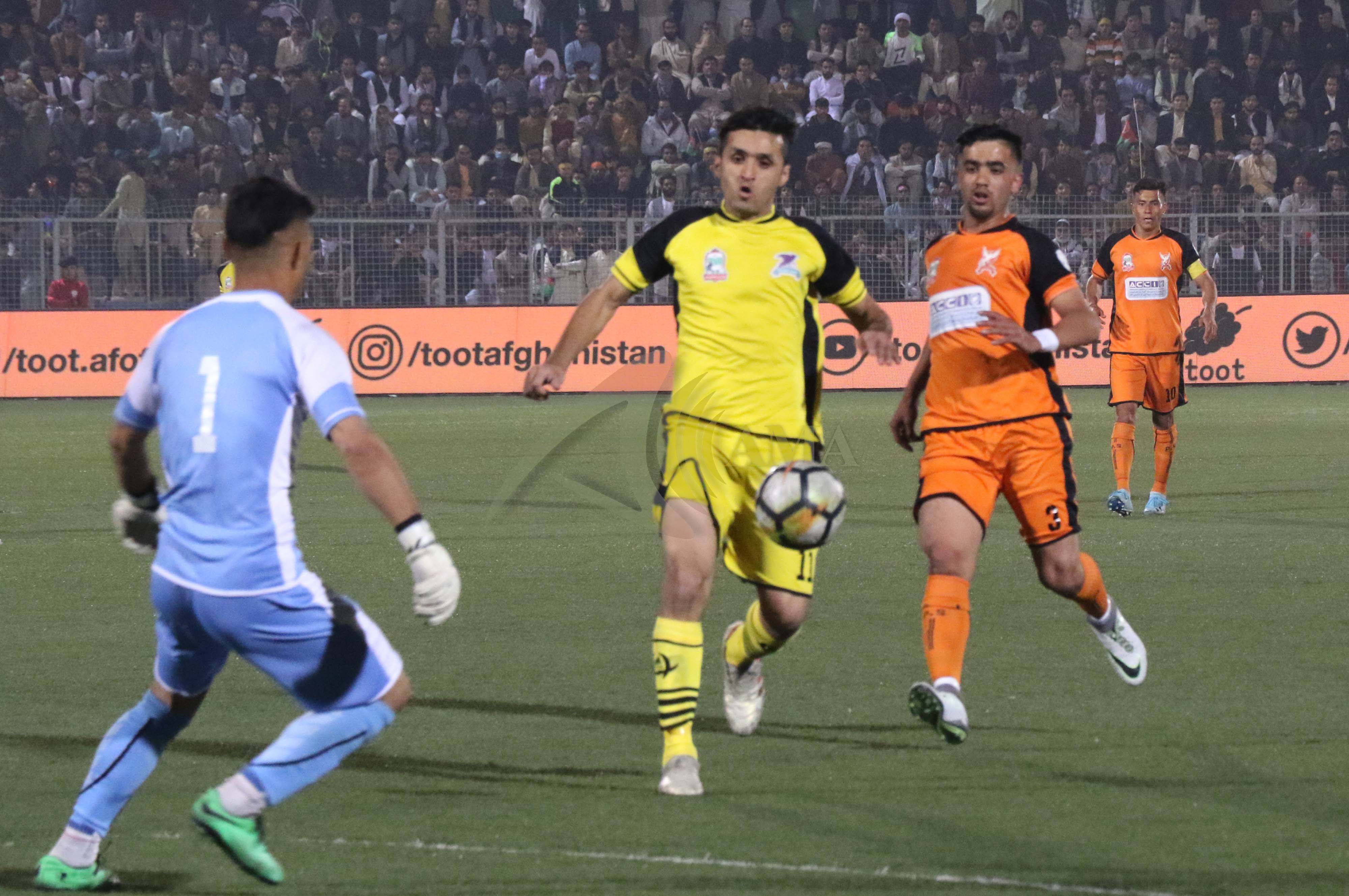 KABUL, AFGHANISTAN OCTOBER 16: Shaheen Asmayee won the Afghan premier league’s 9th Season championship match against Simorgh Alborz, defeating the tough rival by 1-0. Fans including men, women, children, and families from all around Afghanistan voiced their cheers and encouragements for their teams inside the stadium on October 16, 2020, in Kabul, Afghanistan. such sporting events have created an environment for the public to come together and exhibit their unity to the world, the stadium was packed with thousands of spectators, including prominent Afghan political leaders like First Vice President Amrullah Saleh, Abdullah Abdullah head of the High Council for National Reconciliation and parliament speaker. Hamid Sabawoon/ Afghan Multimedia Agency “AMA”