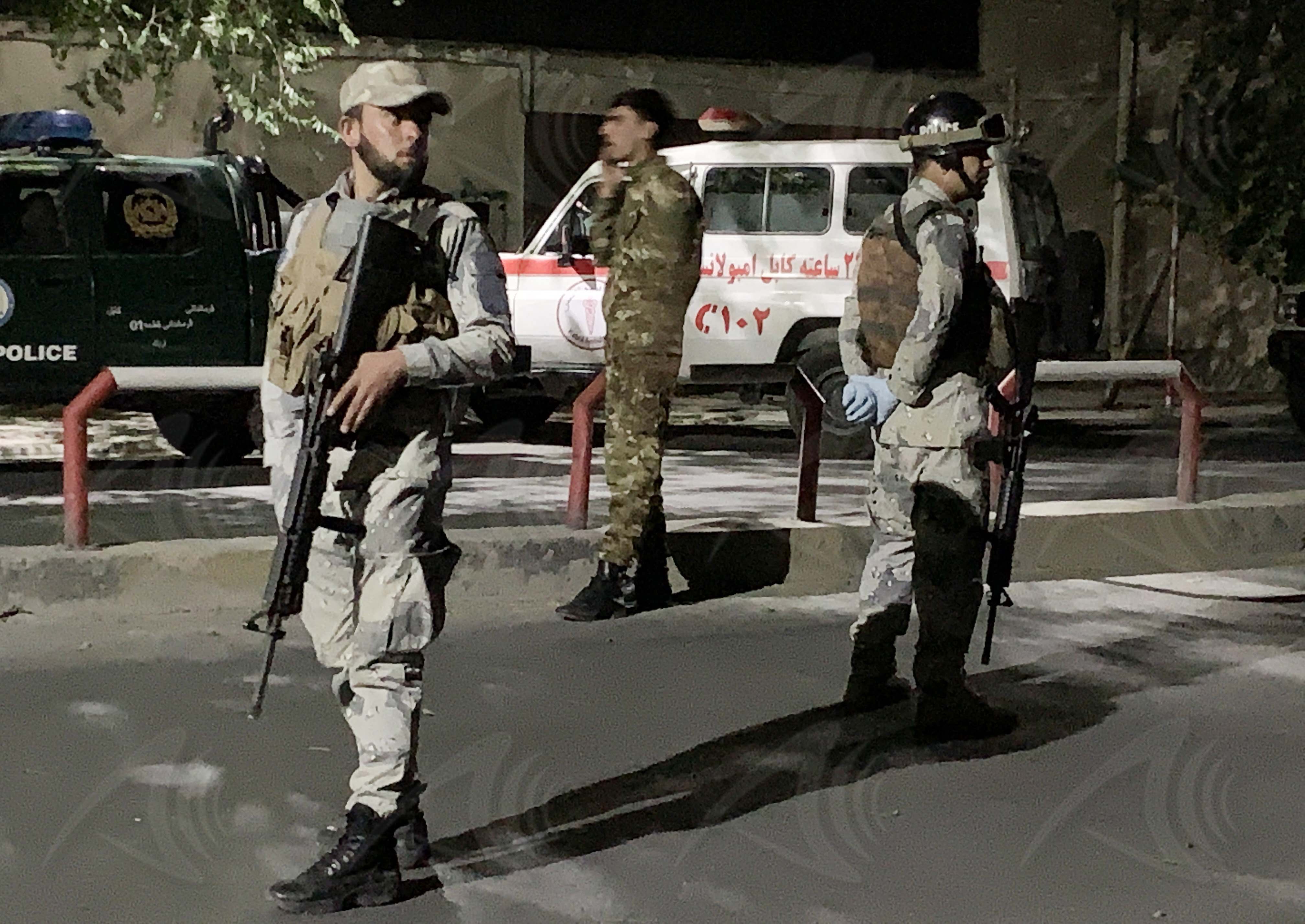 Kabul, Afghanistan – June 02: Afghan security forces inspect the scene of an explosion in Kabul, Afghanistan, on June 2, 2020. At least two including Dr. Ayaz Niazi, imam of Wazir Akbar Khan mosque was killed and, several others were wounded after a bomb blast inside a mosque. Officials confirmed. In a statement, the Taliban condemns the explosion. No group immediately claimed responsibility for the explosion yet. Shamriz Sabawoon/ Afghan Multimedia Agency “AMA”