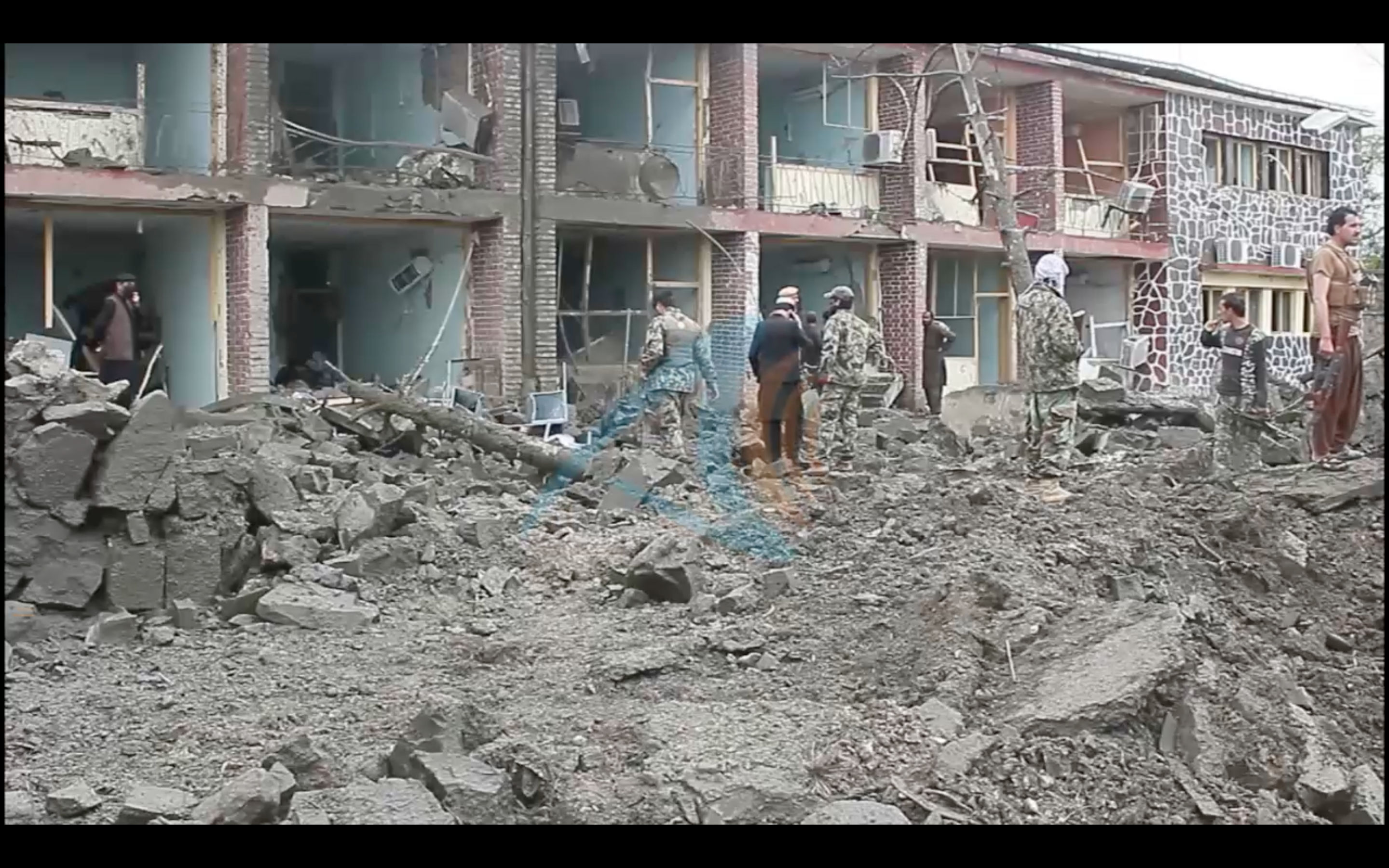 Gardez, Afghanistan – May 14: At least five killed and dozens were wounded, including soldiers after a truck bomb hits near a military court in Gardez city of Afghanistan, on May 14, 2020. Local Officials said. According to the reports the Taliban group claimed responsibility for the attack. Afghan Multimedia Agency (AMA)