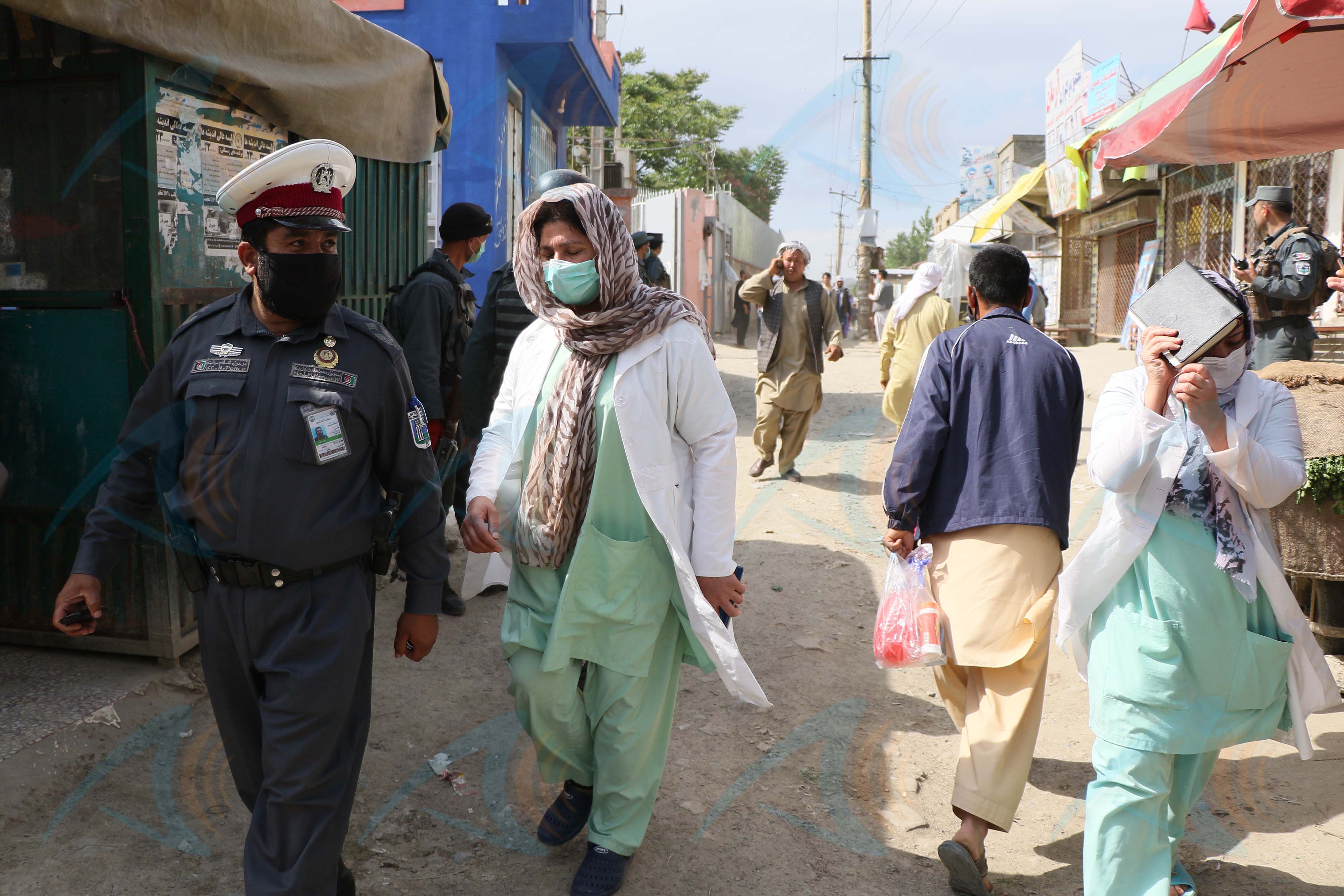 Kabul, Afghanistan – May 12: At least 14 people were killed including newborn babies, women, and 15 others wounded after an unrest attack on a maternity hospital in Kabul, Afghanistan, on May 12, 2020. According to the officials, the attack began followed by explosions and gunfire near a maternity hospital in the Dasht-e-Barchi area of PD-13 in Kabul. Afghan security forces responded to the attack. Parwiz Sabawoon & Shamriz Sabawoon/ Afghan Multimedia Agency “AMA”